See Newark's University Heights in the 1960s and today

All black-and-white archival photos are from the Samuel L. Berg Collection, courtesy of the Newark Public Library.

See Newark's University Heights in the 1960s and today

From 1960 to1966, in his spare time, doctor Samuel Berg stood at the intersection of thousands of Newark streets with a camera and made photographs. Berg was not interested in making beautiful pictures but in visually documenting what the city looked like at street level. Manuscript Group 1362 at the New Jersey Historical Society consists of over 2000 of these images. Together they comprise an extraordinary visual record of the city’s neighborhoods as they looked just prior to the cataclysmic summer of 1967.

One of the areas Berg photographed was the newly minted “University Heights” section of Newark’s Central Ward. But even as Berg was documenting the neighborhood, plans were underway that would transform it forever. Mayor Hugh Addonizio wanted a medical school for Newark. To seal the deal with the College of Medicine and Dentistry of New Jersey (CMDNJ) to move to Newark from Jersey City, Addonizio promised to blight land in University Heights occupied by African-American homeowners, seize it by eminent domain, and present it to CMDNJ. The resistance to Addonizio’s plan by Newarkers whose land and homes it would appropriate was one of the precipitating events that sparked the riotous summer of ’67 .

The arrival of the medical school had a profound effect on the University Heights neighborhood. To visualize the impact, we asked photographer Ashley Gilbertson to work with Newest Americans project consultant Samantha Boardman and undergraduate journalism students at Rutgers University-Newark to identify where Samuel Berg was standing when he took his pictures a half century ago, and to recreate those photographs in the present.

To compare what Newark looked like then and now, use the slider to toggle back-and-forth between Berg’s and Gilbertson’s photographs. Viewed together, these most prosaic of images reveal something quite remarkable – the demolished history of University Heights. 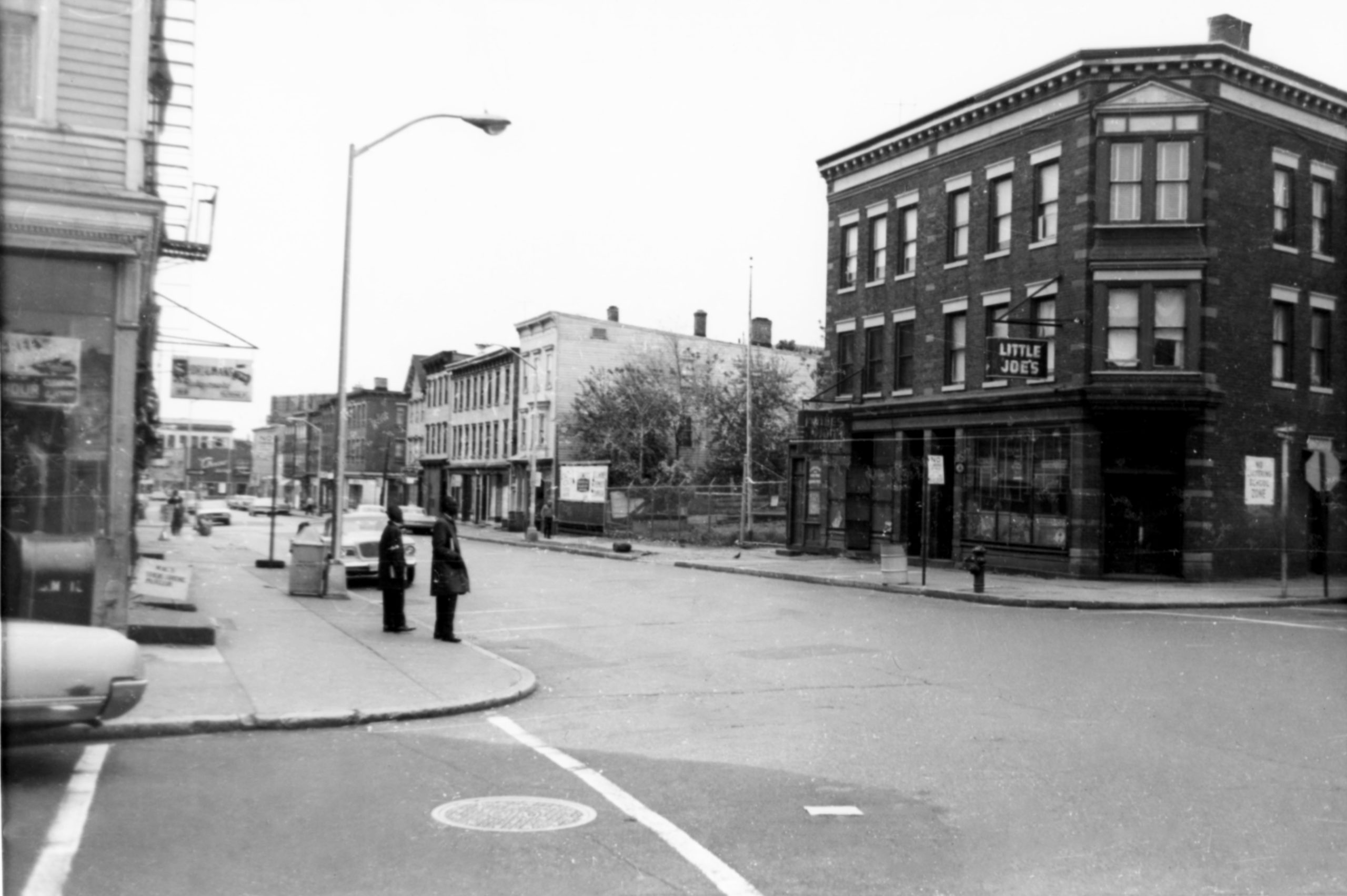 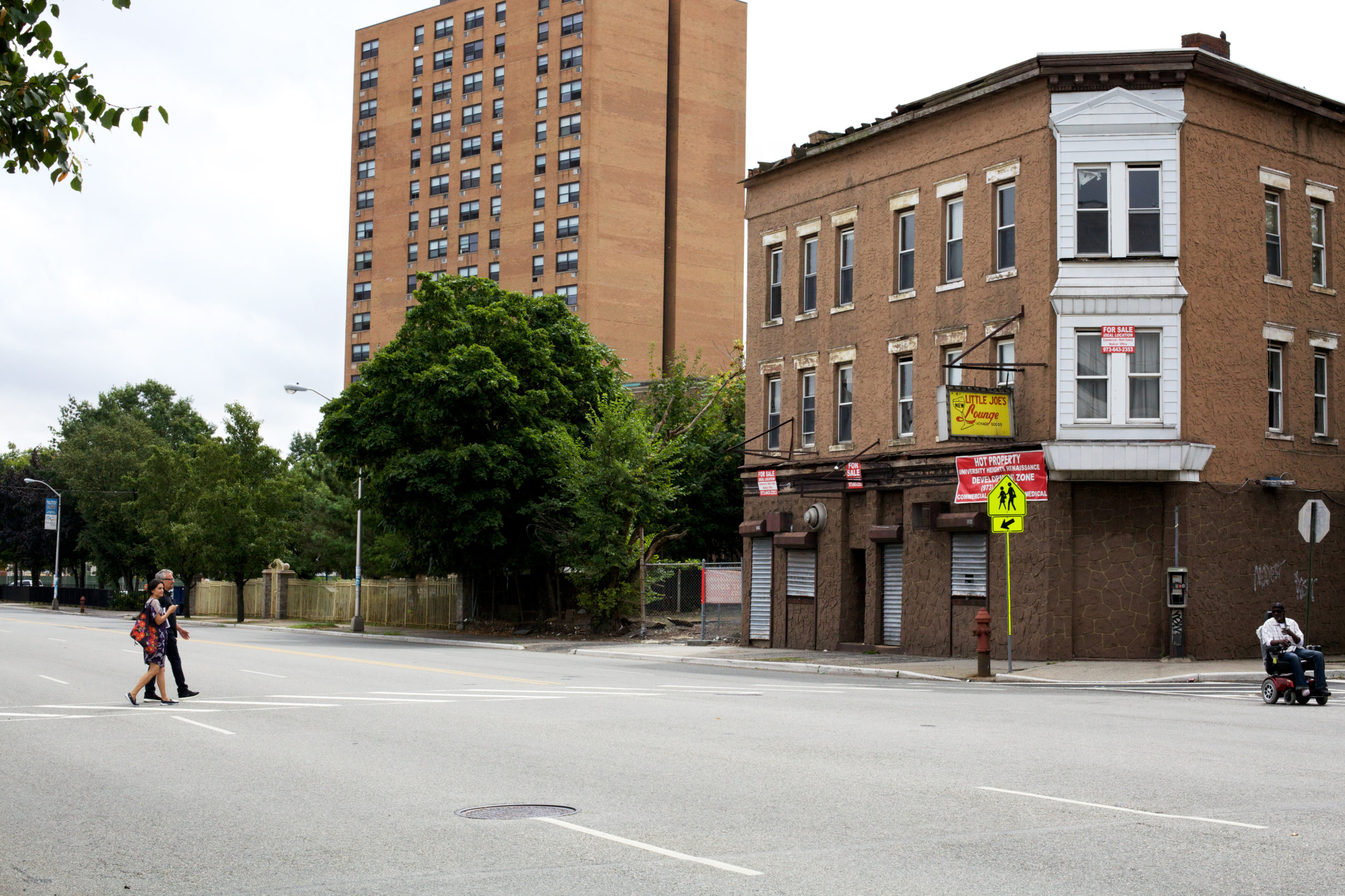 Looking SE from Newton @ South Orange Avenue, across the street from the medical school complex. Little Joe’s tavern is one of a handful of existing businesses that survived the school’s arrival in the neighborhood. 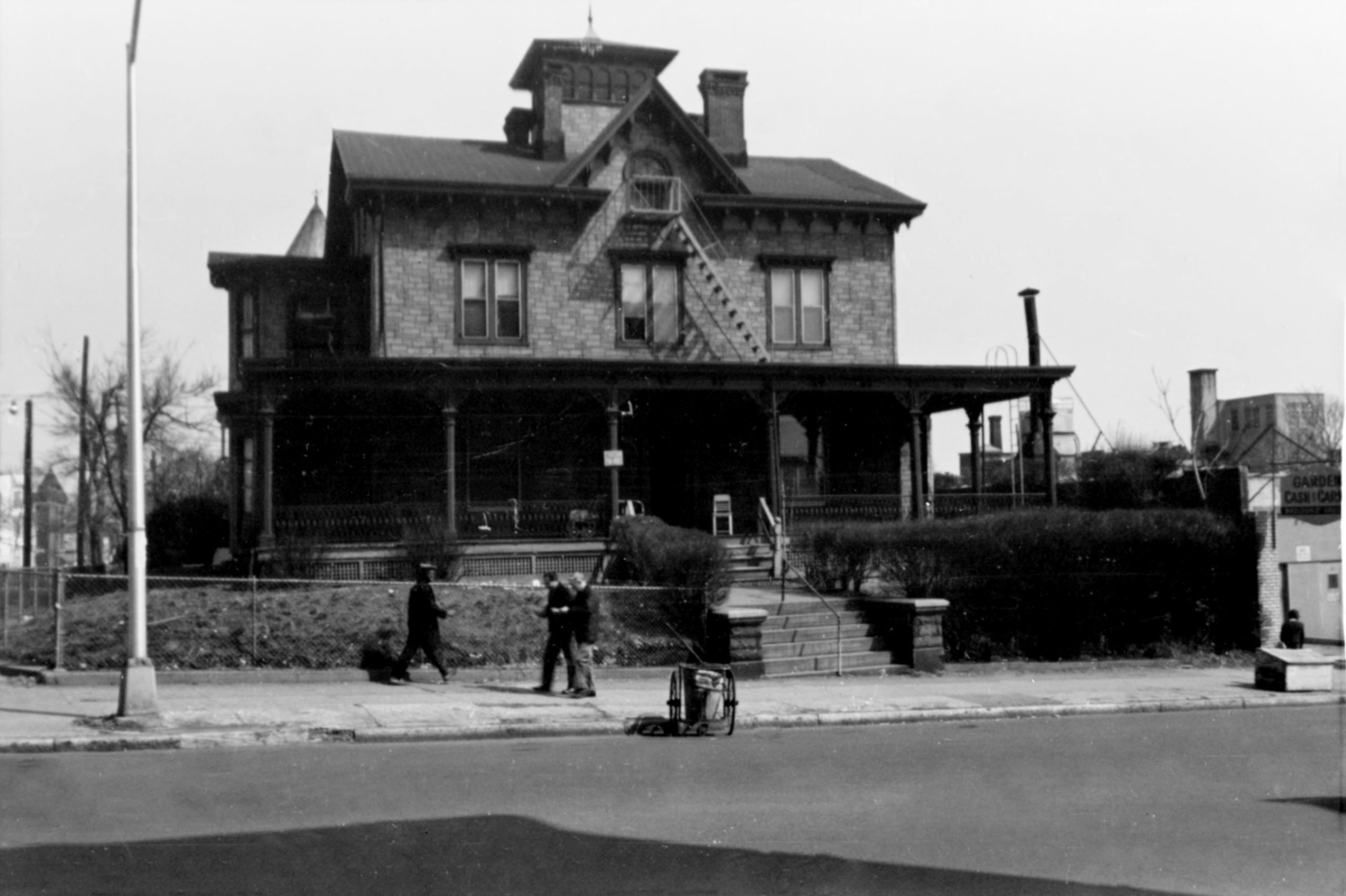 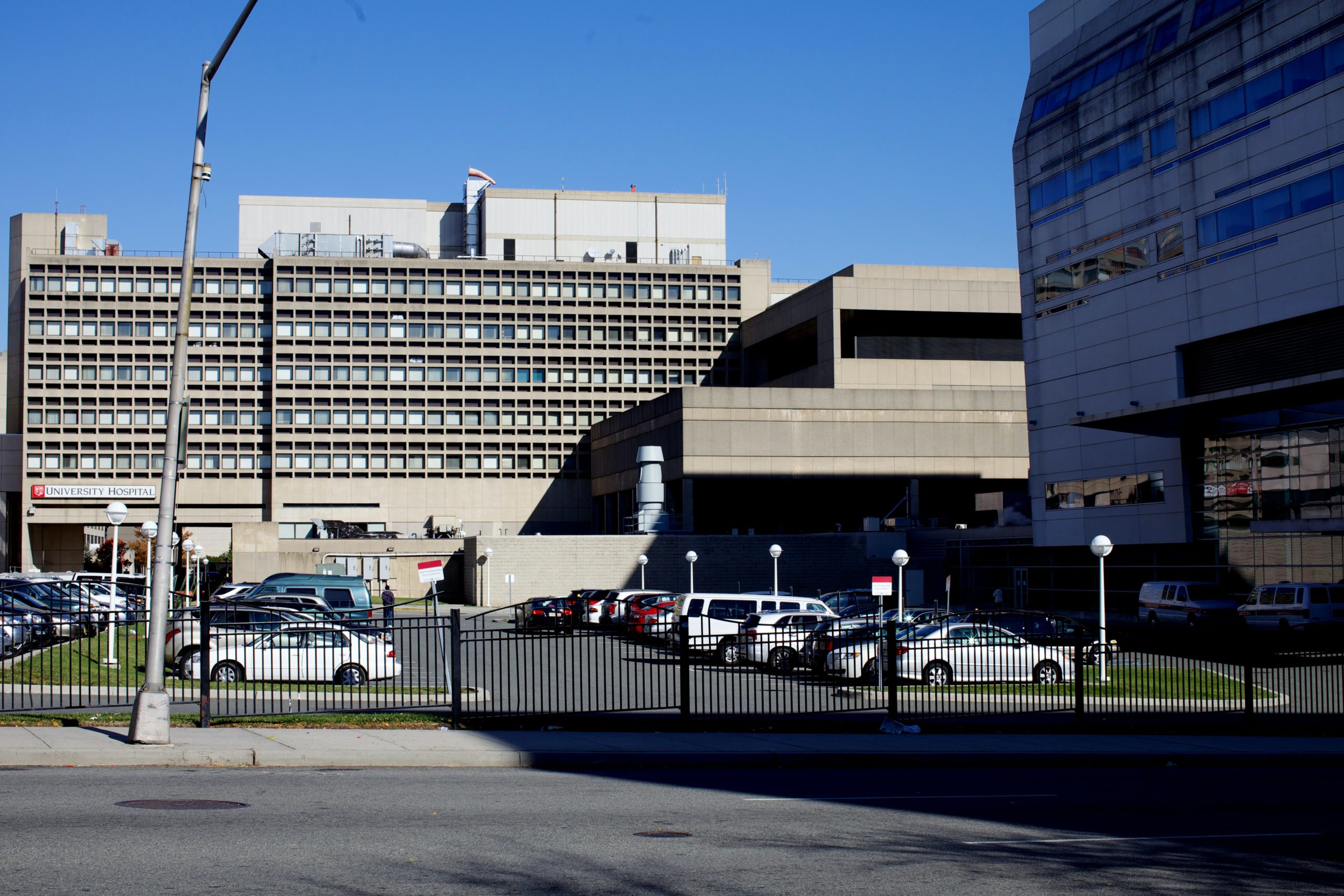 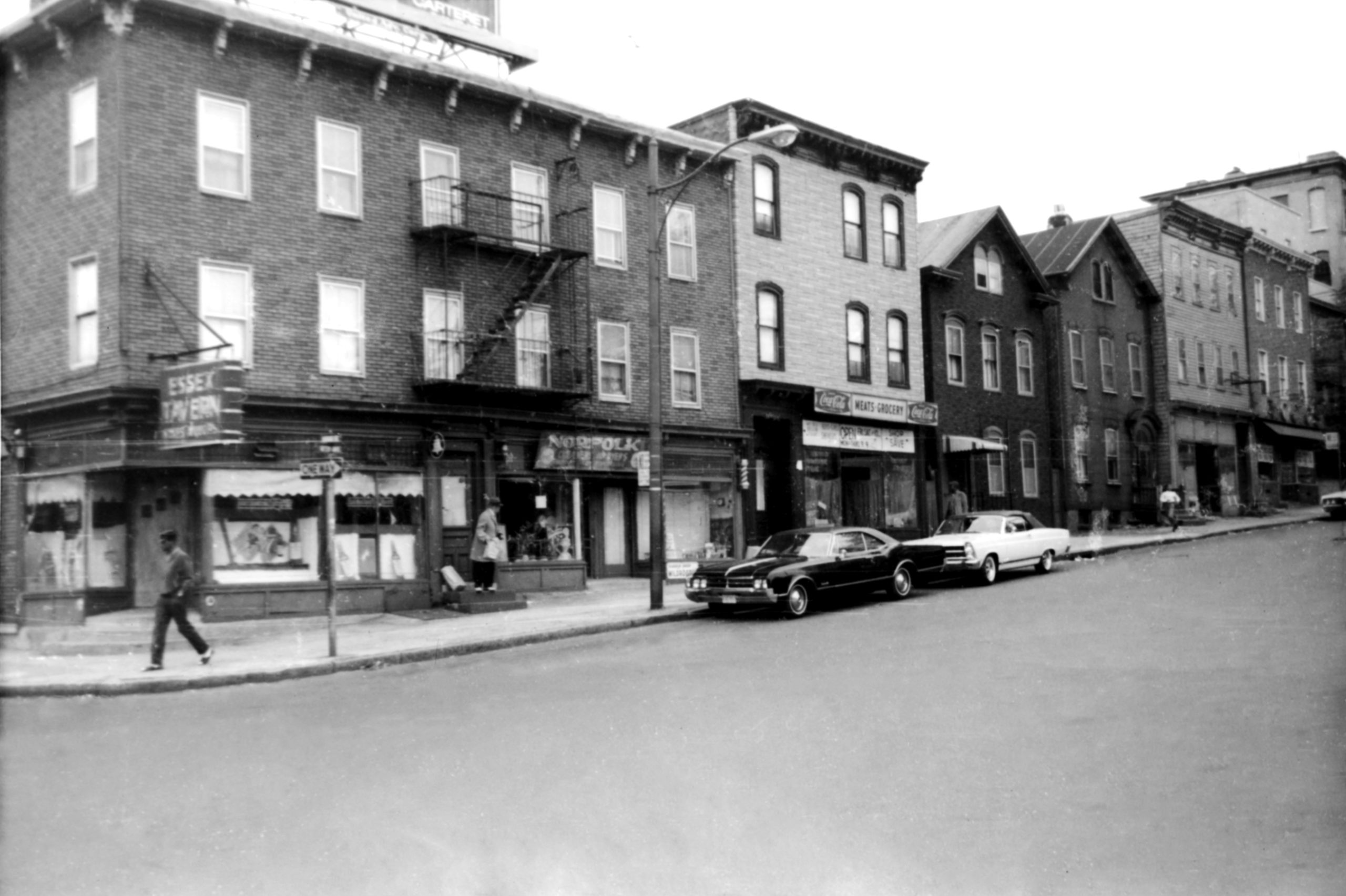 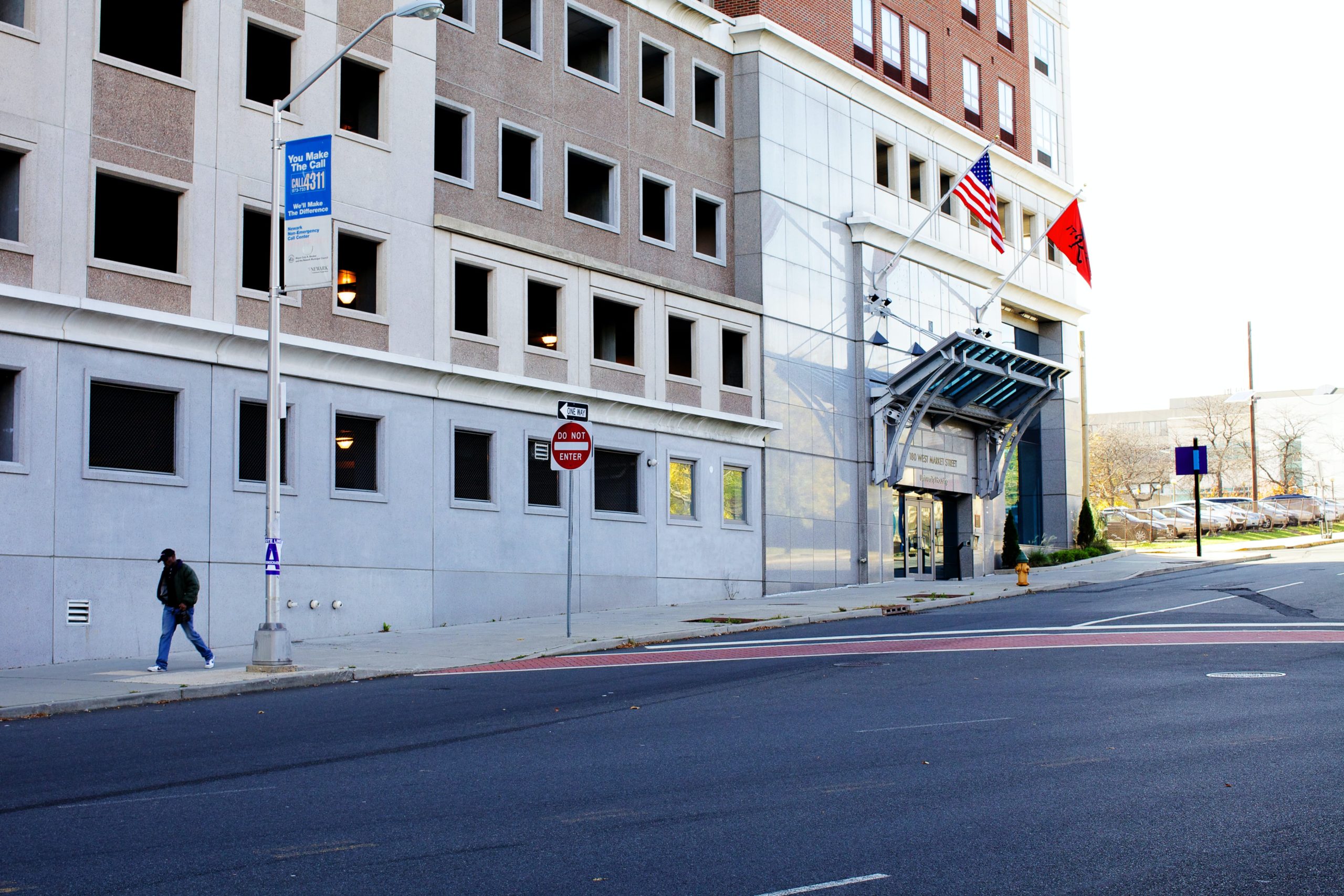 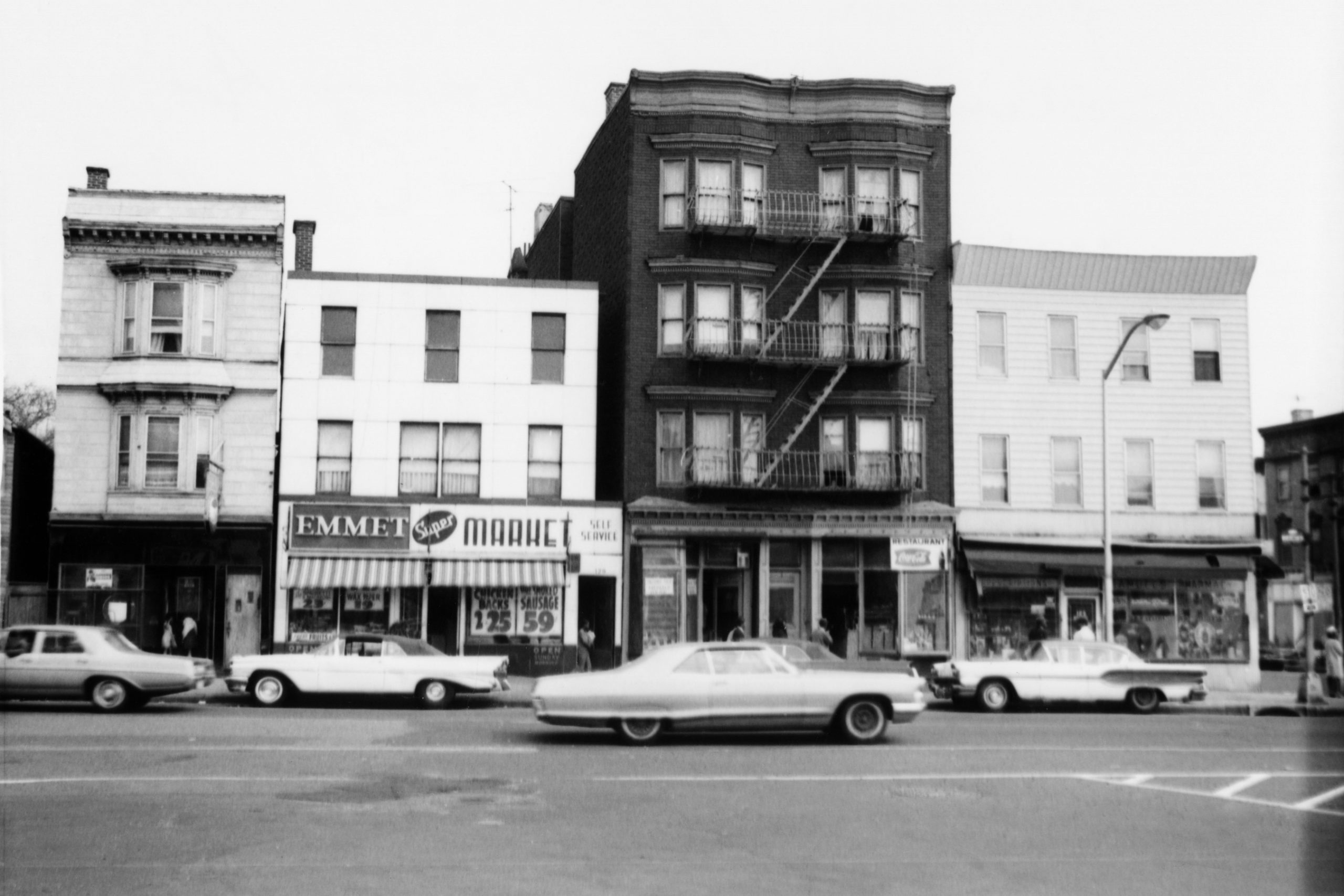 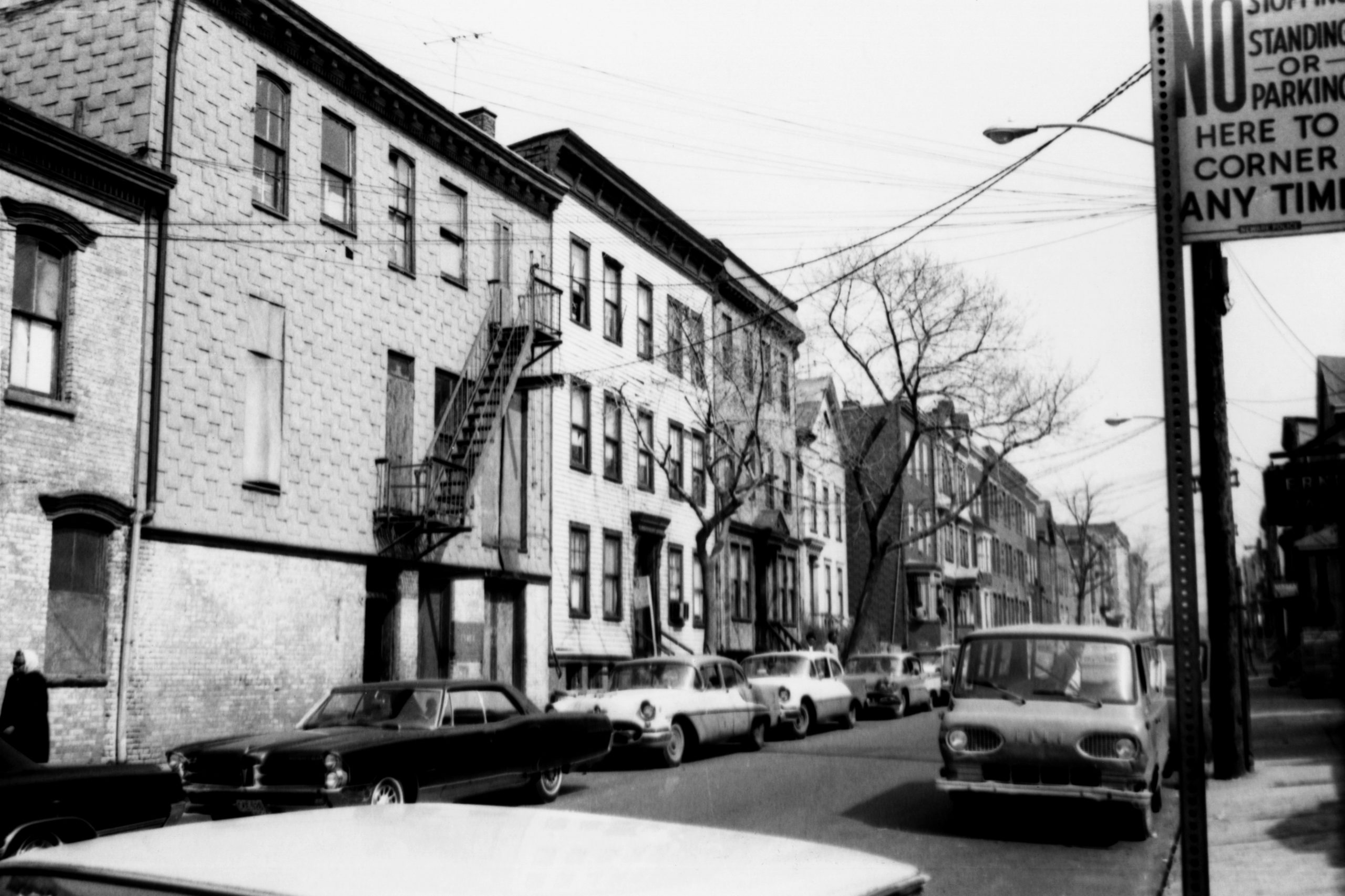 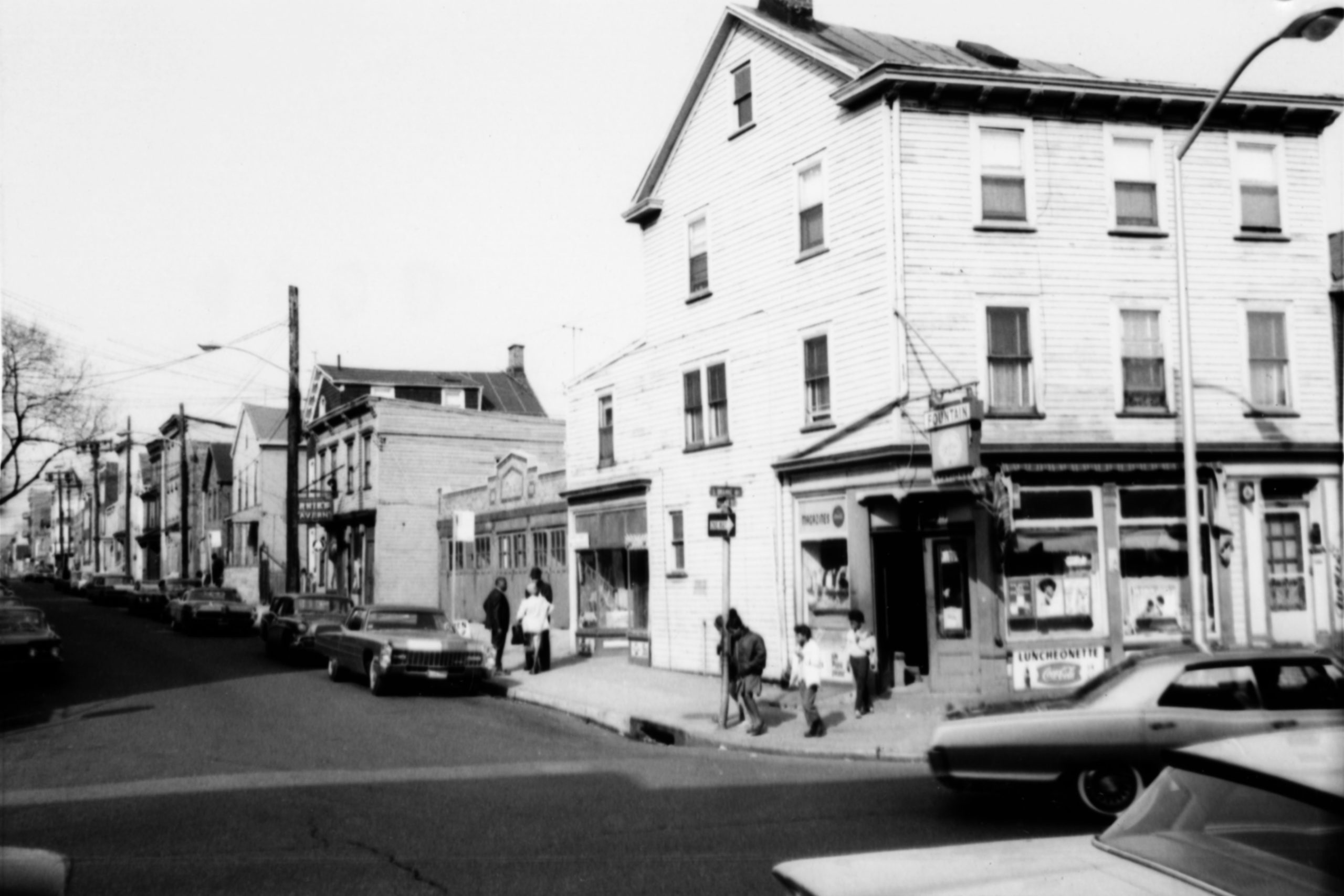 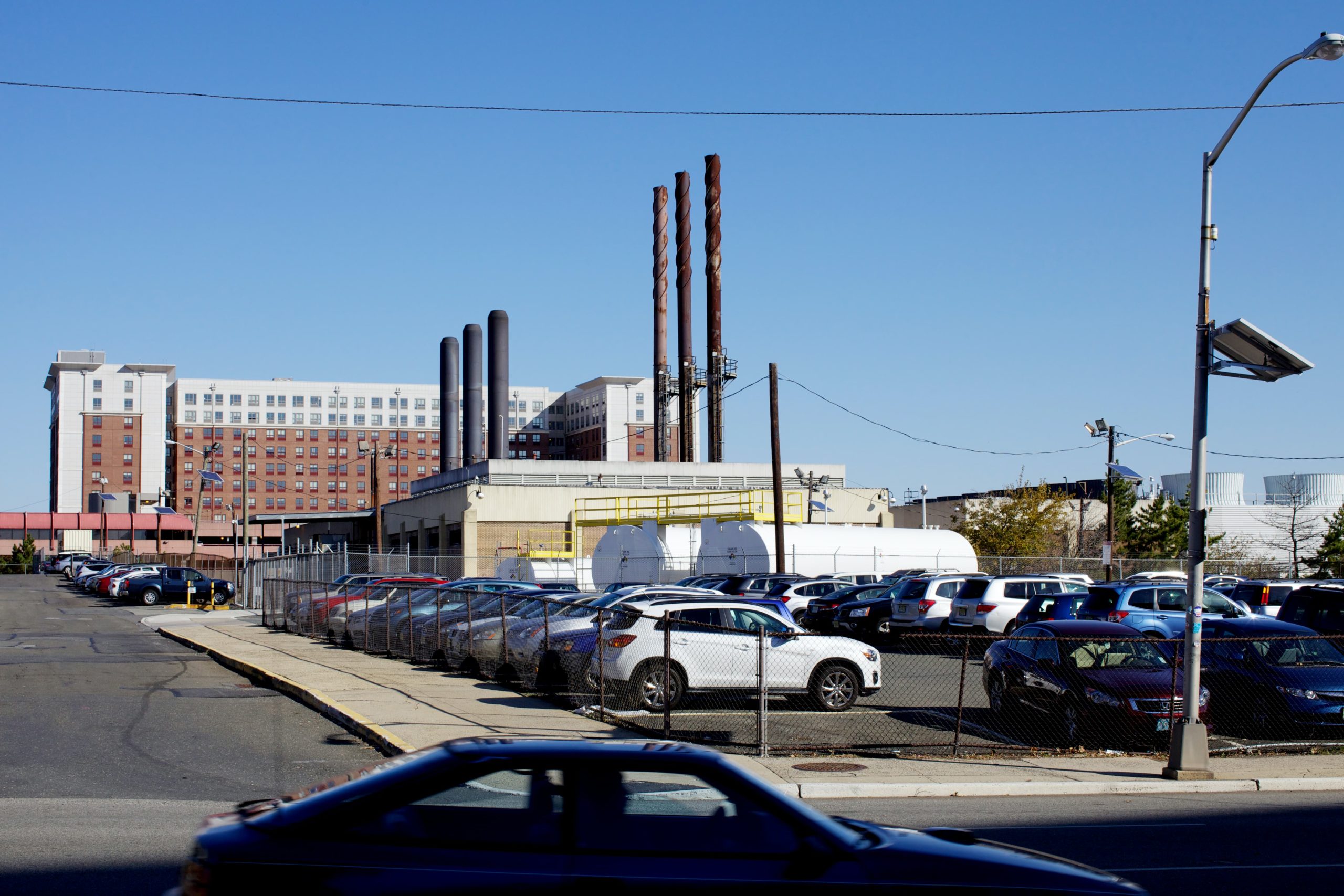 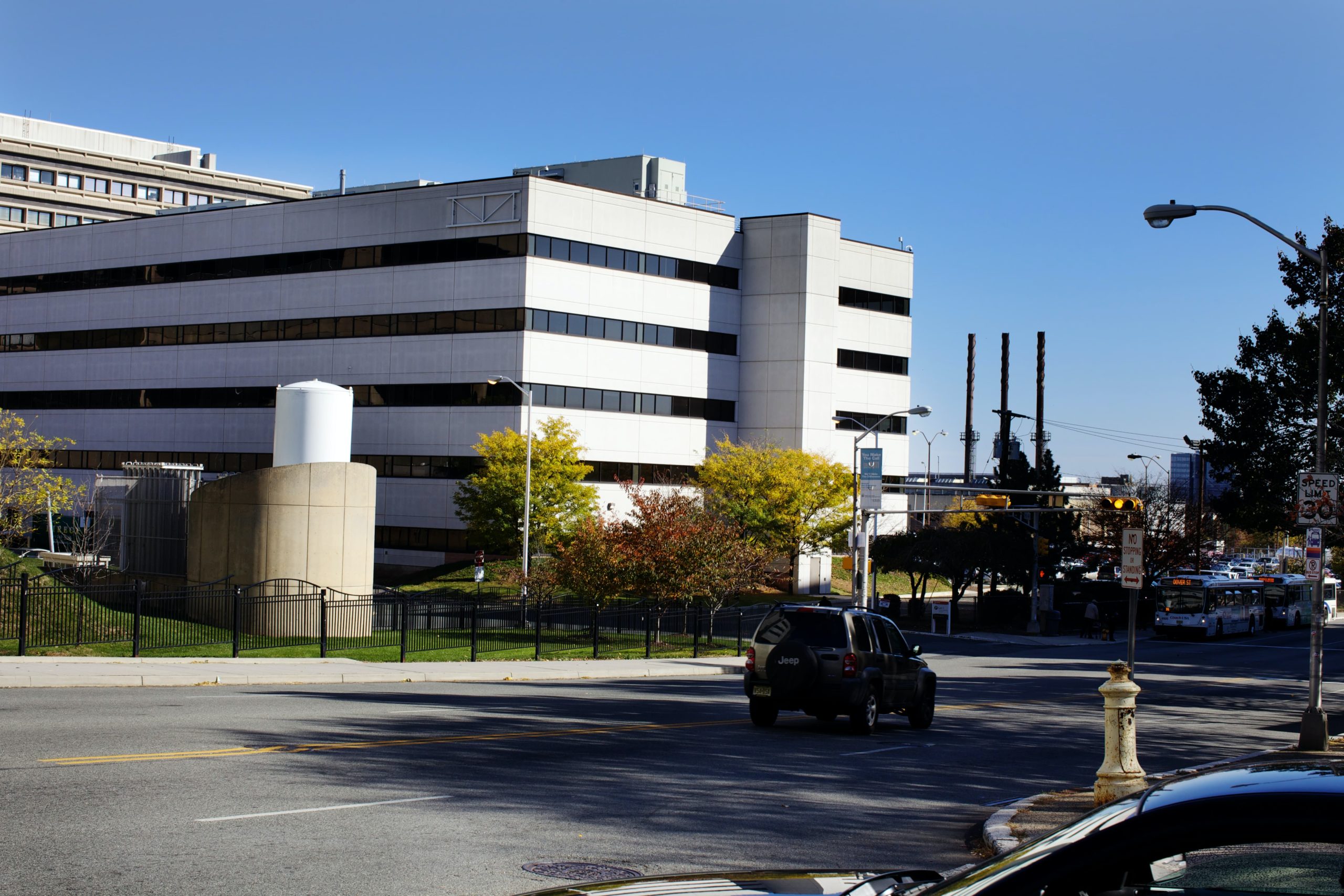 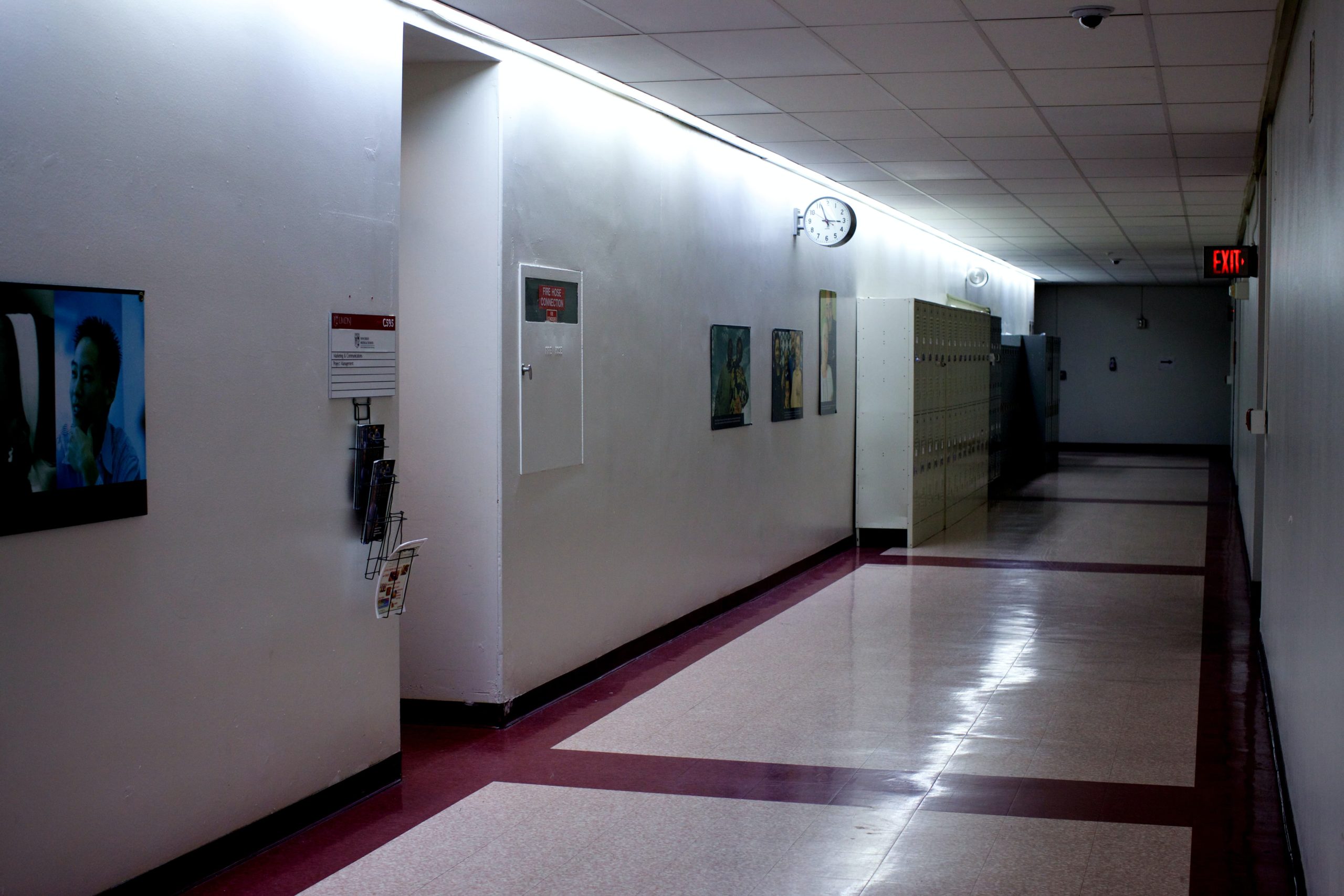 Looking SE from 13th Avenue @ Bruce Street. The view today is from a hallway inside the University Behavioral Healthcare building. 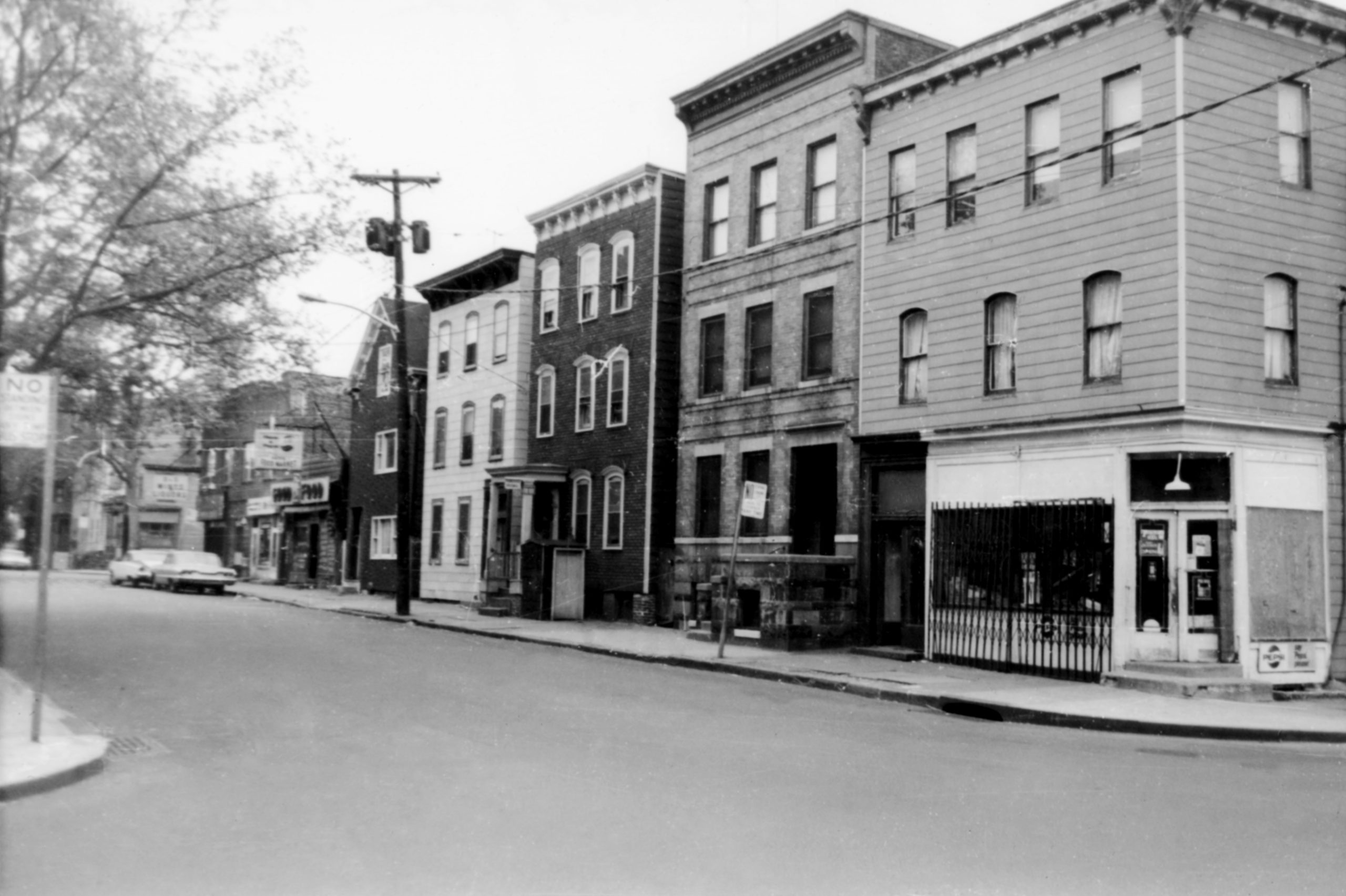 Looking SE from Morris Street @ 12th Avenue. Houses and stores are now the Rutgers School of Dental Medicine in the foreground and dormitories behind.