The drawn-out beep of a fax machine. The hurried click-clacks across a keyboard. The baritone rumble of a printing press.

The heavy thumps of the mechanical arm on a graphotype. The sharp rings of a telephone. The rousing jingle and soft swoosh of air as the office door opens, alerting the receptionist that a newcomer has walked in from the street. “Hello, welcome to Luso-Americano.”

These sounds orchestrate the creative rhythm and life pulse of Luso-Americano, the oldest Portuguese-language newspaper in the United States. Luso-Americano has experienced significant changes since it was founded in 1928, from its office location to its leadership team to the technology used to print the newspaper itself. However, through these changes, it has remained strongly rooted in family and the Portuguese-American culture and community of the Ironbound neighborhood of Newark, NJ. Here, “It’s been a family business for almost 90 years,” says Paul Matinho, the newspaper’s current Director of Operations. Indeed, his family’s history and the history of Luso-Americano and the Ironbound are closely intertwined.

Paul’s family’s connection to the newspaper begins at the beginning—the beginning of the newspaper, that is, in 1928. The paper began at his grandfather’s printing shop, which was located on Jefferson Street just three blocks from its current location at 66 Union Street. Paul’s grandfather, Vasco Jardim, was the original printer of the paper. He worked with Luso-Americano’s four principal founders; Dr. José Lobo, a medical doctor from Goa, India, and three local merchants, Manuel Conceição Junior, Francisco de Castro and Valentim Rocha. At the time Luso-Americano first began printing at Jardim’s printing shop, the Portuguese community in Newark was small, primarily concentrated in the industrial Ironbound neighborhood, and composed of a few dozen immigrant factory workers and shopkeepers, many of whom, like Jardim, had emigrated from Portugal’s Madeira island. This community, and thus Luso-Americano’s readership, has since grown tremendously, despite early setbacks. 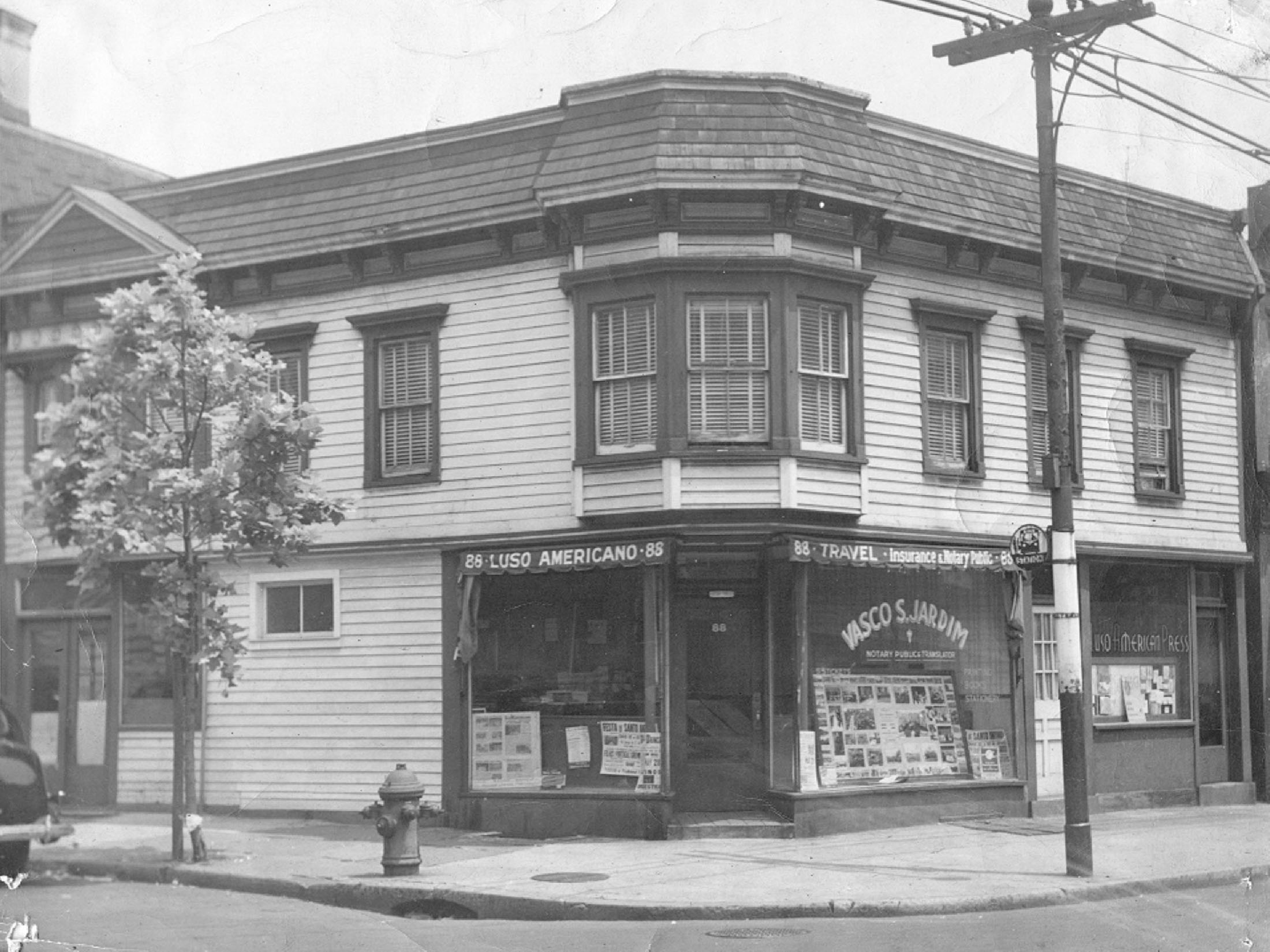 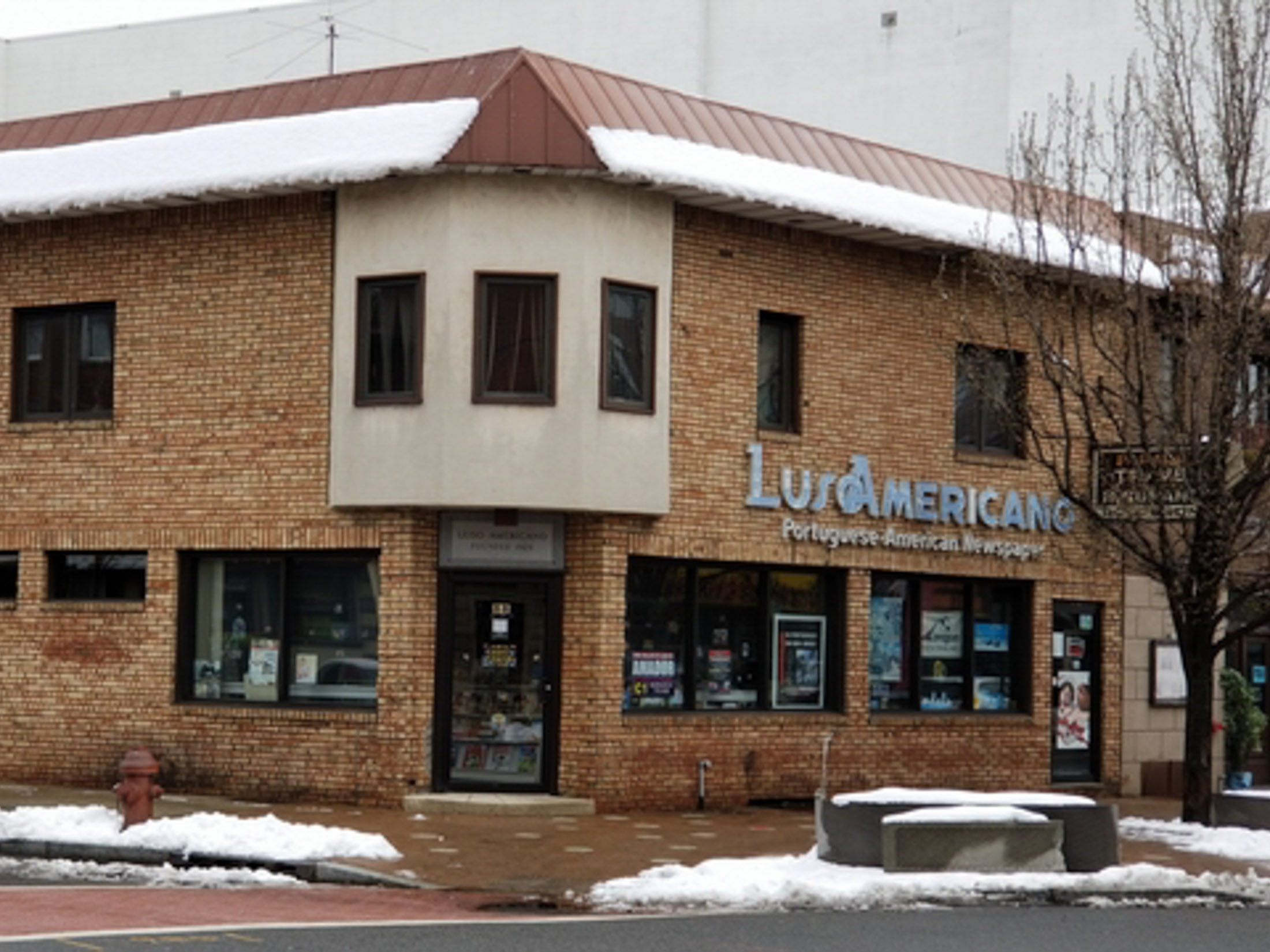 During the 1930s, the Portuguese-American community in the Ironbound suffered through the Great Depression and Luso-Americano was forced to temporarily suspend operations. However, by the end of the decade, the community was revitalized. The Luso-American Fraternal Association, Sport Maritimo Murtoense and other civic organizations began emerging. Amid this cultural and economic renewal, Vasco Jardim revived the newspaper in 1939 and took over as publisher. The paper was housed at 95 Ferry Street for a short time before being relocated to 88 Ferry Street in 1944, where it remained headquartered for almost 75 years.

Jardim lived on the second floor of 88 Ferry Street along with his wife, Angelina, and their three children, Vasco Jr., Edward and Natalie. Here, the children literally grew up in the family business, and the family published Luso-Americano until 1979, when Natalie’s husband and Paul’s father, Antonio S. Matinho, took over as publisher. Since then, Natalie, Antonio and Paul, have continued the family tradition of serving the Portuguese community in Newark and throughout the U.S., serving as the “bridge” to keep them all connected, from New Jersey to California to New England to Florida. However, the Ironbound community is certainly unique, due to the high concentration of Portuguese-Americans living together in one area. Luso-Americano’s most popular feature, the classified ads, are most effective in Newark’s community for this reason, appealing to both Portuguese- and Spanish-speaking readers in the area. Through its classified section and articles, Luso-Americano serves as the information backbone of the Portuguese-American community in Newark and beyond..

At its peak during the 1970s and 80s, the newspaper has had close to 50,000 subscribers across the U.S. To fulfill the growing demand, Luso-Americano moved to its current headquarters at 66 Union Street in 1998, still grounded in Newark’s Ironbound. While the rumbling of the printing press and thumping of the graphotype may be absent from this location, Luso-Americano’s pulse still beats alive and well, albeit a bit more subtly with today’s technology. The Portuguese culture and spirit, however, is as vibrant as ever in Luso-Americano’s Ironbound home. While it has traditionally been older generations that read the paper, Paul and his family are working to attract younger generations of readers by uncovering new stories and using new tools and creative rhythms to tell them. Beep. Click-clack. Ring. Jingle. Swoosh. Welcome to Luso-Americano.