The Story Bus is supported by the National Endowment for the Humanities, Audible, NJPAC, Rutgers University–Newark, the Geraldine R. Dodge Foundation, and the New Jersey Arts & Culture Recovery Fund.

The Story Bus is supported by the National Endowment for the Humanities, Audible, NJPAC, Rutgers University–Newark, the Geraldine R. Dodge Foundation, and the New Jersey Arts & Culture Recovery Fund.

Newark today is defined by immigration and the Great Migration—by the movement of people from across the globe and around the country who have sought opportunity here and left their imprints in return.

The Newark Story Bus is a mobile hub for sharing and collecting the rich stories that make Newark a global city. The bus, a refurbished Econoline Cutaway, contains a sound booth and portrait studio designed to gather audiovisual histories from residents and workers in the city. The exterior of the bus, created by local artists Geraluz and Werc, draws attention when it rolls into schools, street fairs, churches and community centers. The design evokes our mixed cultural heritages and celebrates the vibrancy of Newark. The interior space, created and built by Evonne Davis, doubles as a mixed-use media lab to help teach local residents storytelling skills.

For Mahalia Jackson, Aretha Franklin, and Billy Preston, Newark was a destination on the ‘Gospel Highway.’ The longest running Black gospel record label in the world, Savoy Records, was founded in Newark, and pretty much every major gospel artist of the latter half of the 20th century recorded on the label.

We invited a group of local gospel singers to share their reflections and revelations on the Newark Story Bus in anticipation of the 2022 Festival of Praise at Newark Symphony Hall. In these stories, they share the rich history of gospel music and its sublime origins in faith.

Newark has been a hub for gospel music for over a century, giving rise to world-famous singers like Cissy (and Whitney) Houston, Reverend Milton Biggham, Ella Mitchel, and the Grammy awarding-winning Jubilation Choir. Tales of sold out shows with thousands in attendance at the Newark Armory and Newark Symphony Hall rival stories about huge crowds turning out to enjoy gospel performances at Weequahic Park and the old Laurel Garden Arena. First Baptist Church located next door in Nutley, New Jersey was the site of the first ever live gospel recording, with James Cleveland, Lawrence Roberts and The Angelic Choir, setting a new standard for gospel music.

Hear from people who were there to bear witness and those who are carrying the legacy forward.

Click on the images below to hear each person’s story. 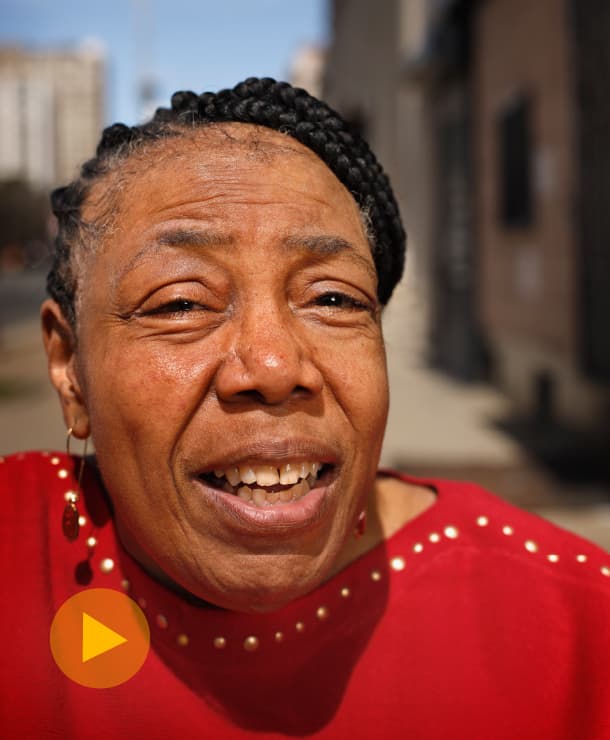 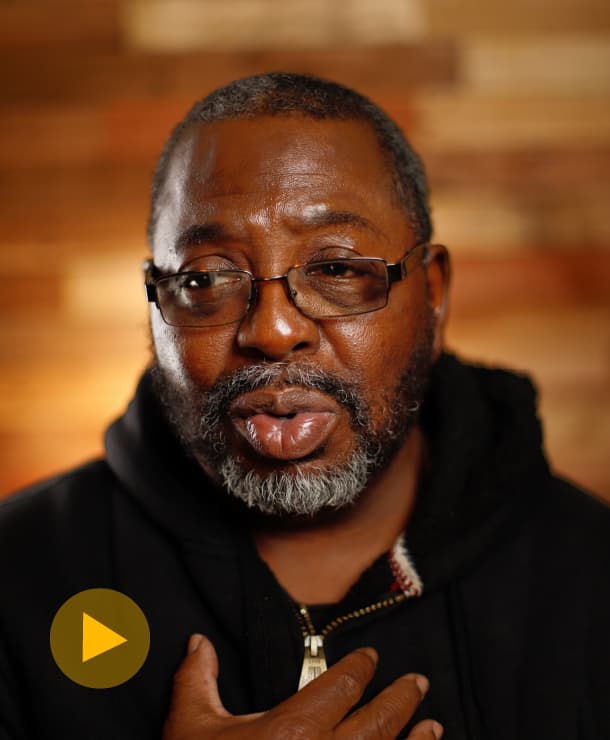 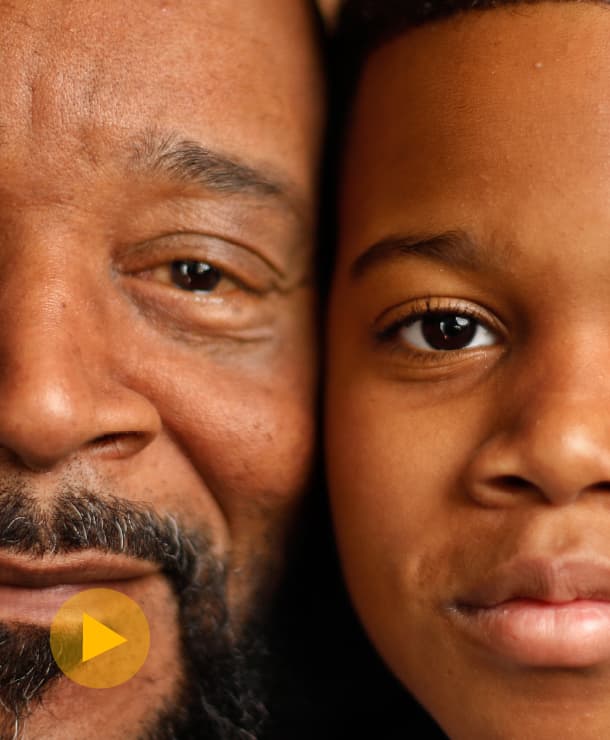 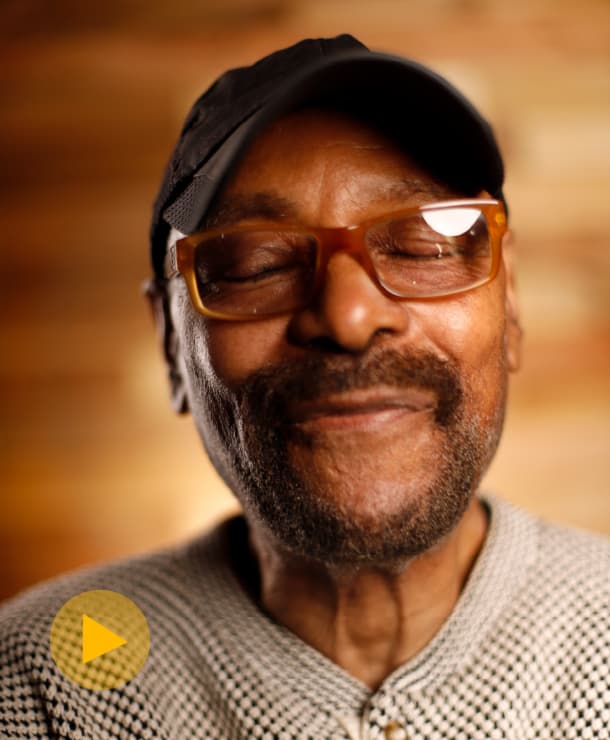 Click on the images below to hear each person’s story. 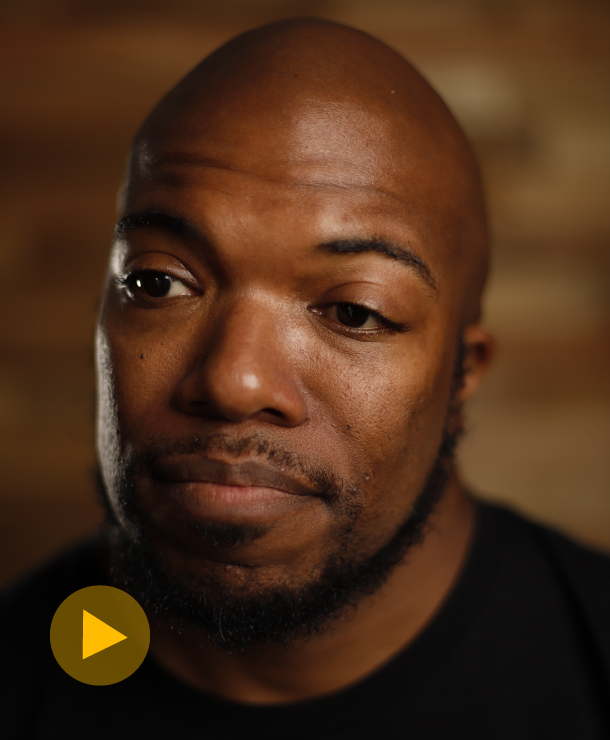 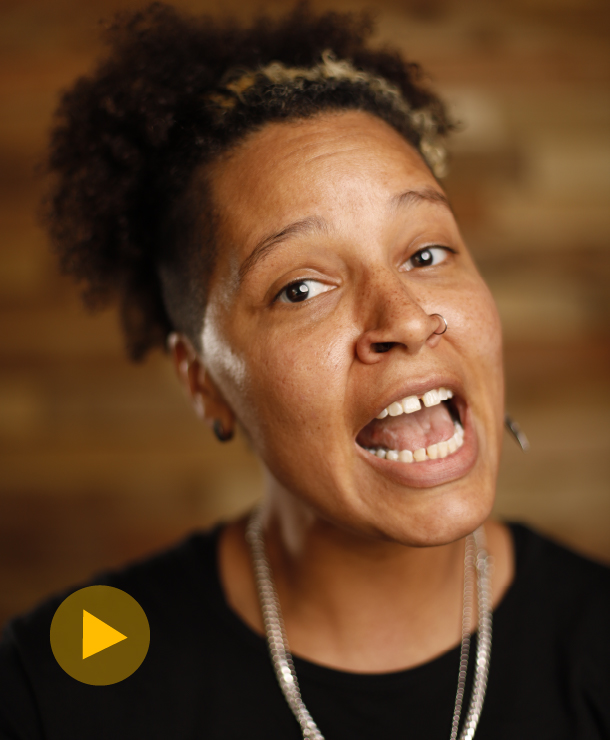 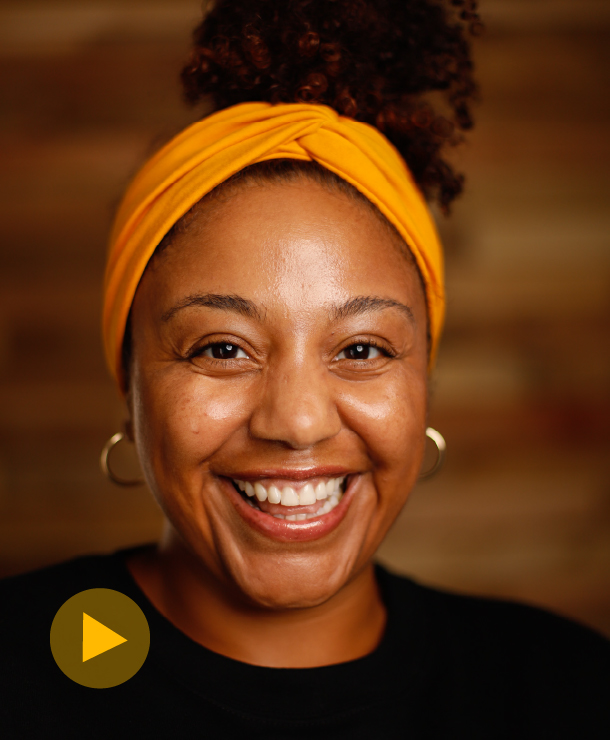 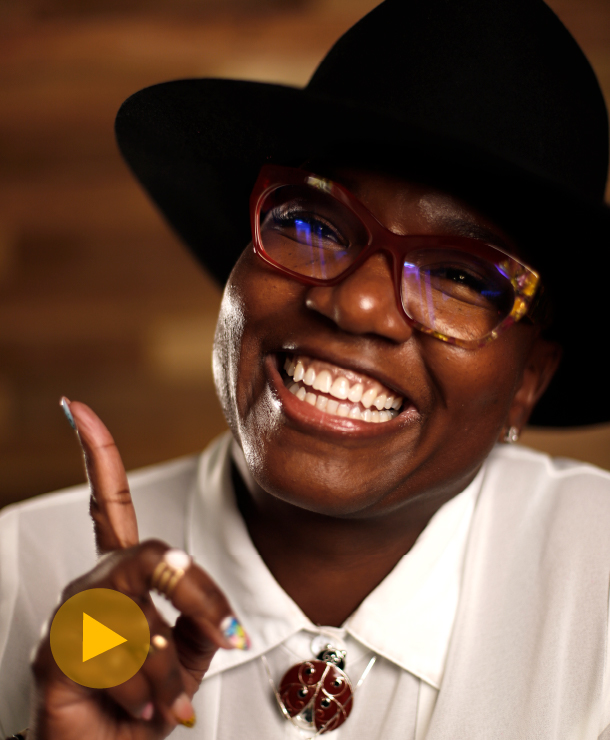 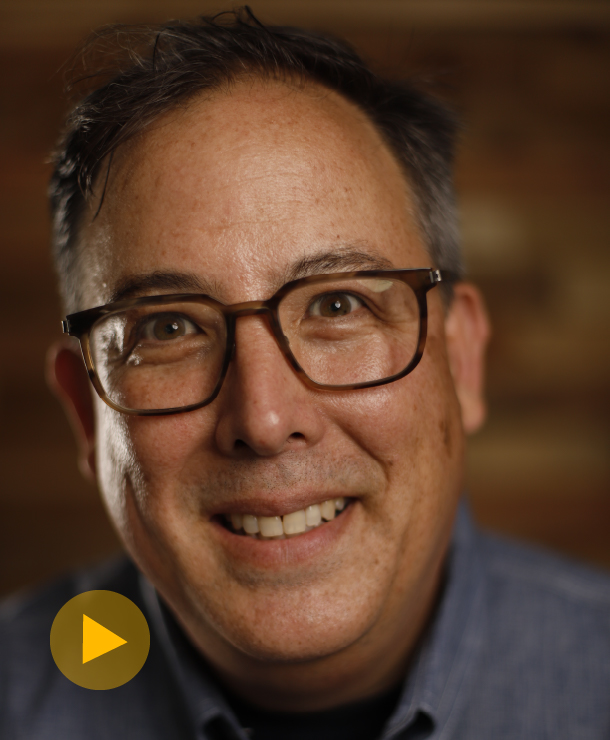 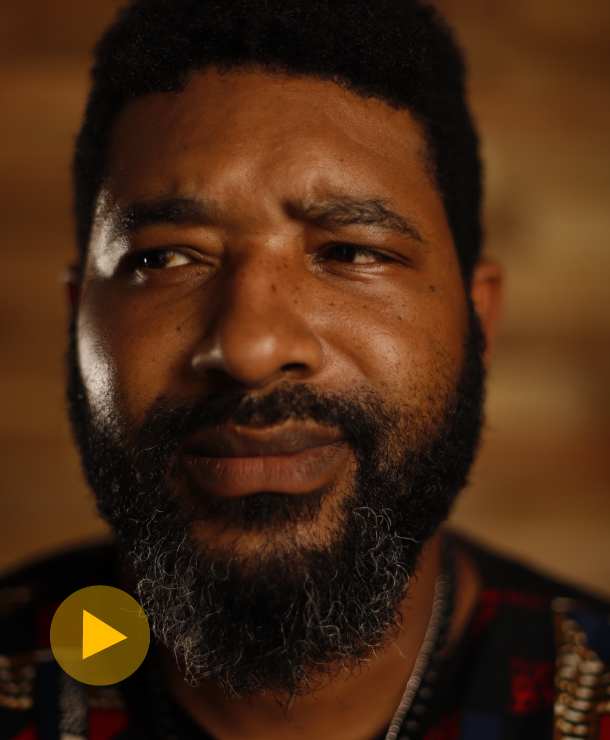 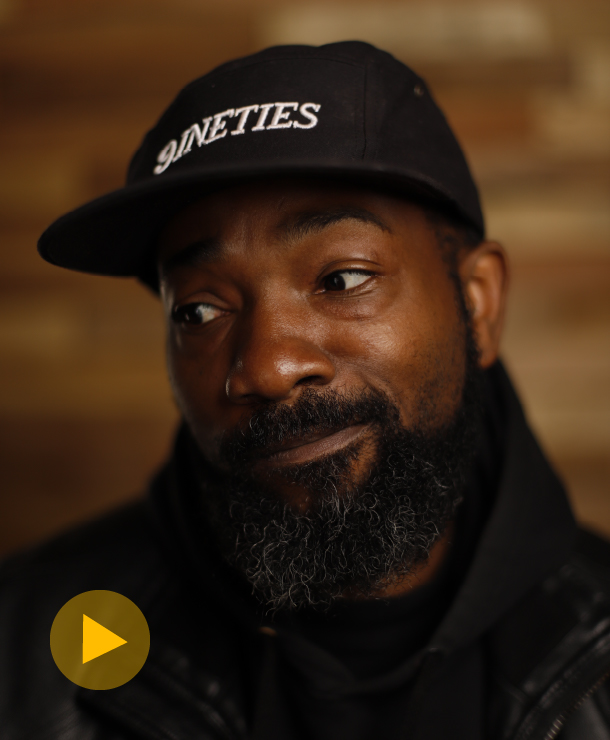 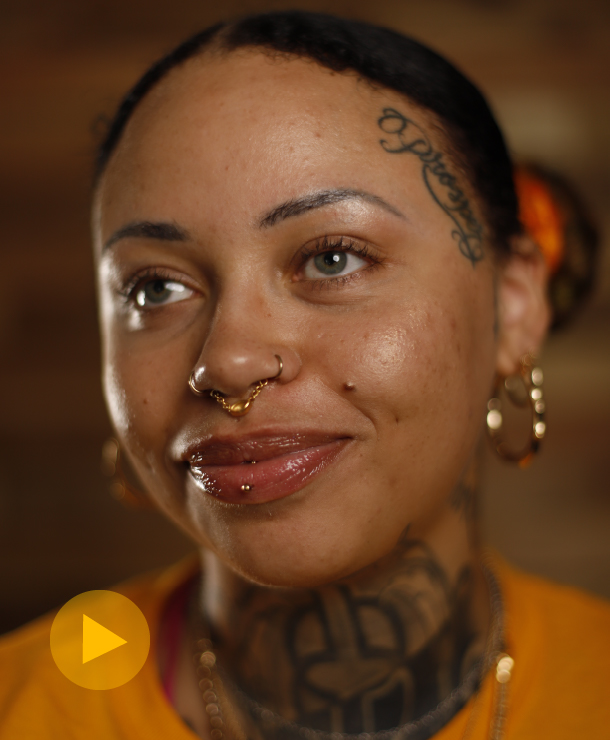 Story Bus Events & Behind the Scenes 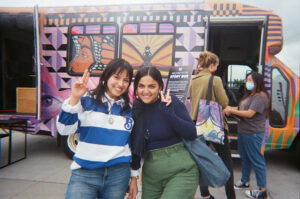 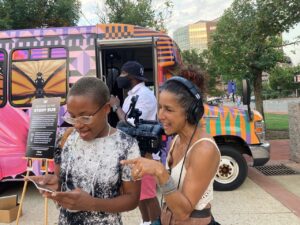 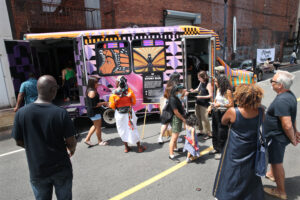 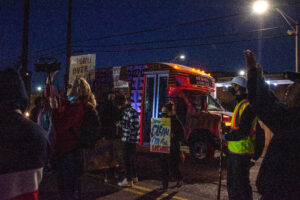 (left) The Story Bus drives in solidarity with the ICC in a protest against new polluters in the Ironbound neighborhood.  (November 10, 2021, photo by Jacob Amaro) 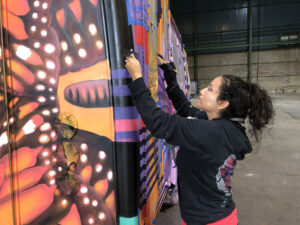 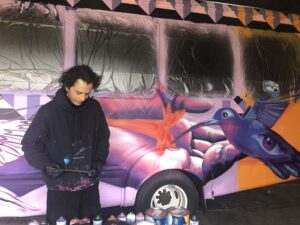 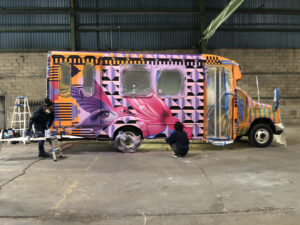